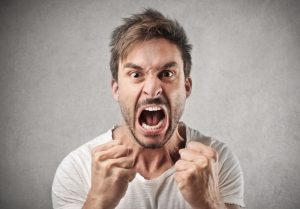 In a play or film, your character will reveal who he truly is as the piece plays out.  Let me elaborate on this.  As a character moves through the script he encounters obstacles.  Each one of those obstacles has to be a greater challenge from the one before.  As he overcomes the obstacle he reveals who he truly is.  Can you see where I am going with this?  Let me use a film as an example — Star Wars.  Luke Skywalker starts as a reluctant hero.  He is a happy farm boy living out his existence with his family.  Then he buys R2D2 and the recording of Princess Leah propels him into action.  His family is killed and then he teams up with Han Solo.  As the film goes on, Luke has to encounter bigger and bigger obstacles.  If he met Darth Vader and chose to avoid him and not challenge his evilness, this would reveal Luke as something other than what we know him as in the actual film.  Some would view that as cowardice or fear or incapable.  And the movie would be entirely different or non-existent.  Instead, Luke takes up arms against Vader and his evil empire to reveal himself as a hero or selfless or brave.

So as you see, Luke reveals who he truly is as the film goes on.  As each obstacle gets greater and greater, Luke has to dig deeper inside himself.  Thus revealing his true character.  Obstacles reveal who you really are.  The greater the obstacle the greater the reveal.  Now what happens if you don’t overcome the obstacle?  Nothing.  Yep you got it, nothing happens.  The story just stops.  The movie stalls and does not move.  Sound a little like life?  Are you stuck in your career?  Then what is it that you are not overcoming?  Take some time to reflect on that.  Then maybe you can reveal who you truly are.