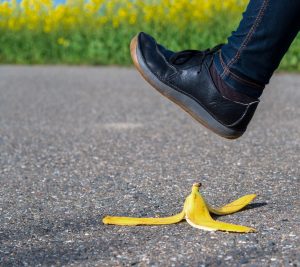 I was auditioning for a low budget feature film as the part of a lawyer. Of course he was a ball-busting, slimy, stereotypical lawyer. Briefly, the story is this – he bullies the witness into admitting that she was the one at fault. Then it is later found out that she is innocent much to the character’s chagrin. Oh boy! This is water well traveled, is it not? We have all heard this before. Here lies the problem of playing it on the nose. Which is exactly what I did. I played it on the nose and gave a safe predictable audition. After I was done, I chatted with the casting director about how…boring it was. The directors she works with, often tell her there is not enough layer to the performances but that makes the acting too on the nose, too predictable.

So here lies the difficulty as an actor. Through my acting journey, I have auditioned many times and have tried various actions, performances, tactics etc. I have blown my fair share of auditions by trying to be too interesting. I am also confident that I have blown my fair share by being too safe as well. So in chatting with the casting director, we discovered there is a fine line that needs to be walked. The predictable lawyer part has to be done to a certain expectation. How much room do you, the actor, have for creativity? The answer is…not much.

You still have to work in the realm of believability. You cannot go over the top and in film and TV the ceiling is very low. We did another take. This one I was more condescending, smarmy and gross. However, I still had the predictable quality. Afterwards she was much happier with the second performance.

The casting director wants me to get the part. She was there to help me, give me direction and move on to the next actor. What I have concluded is that getting in communication with the casting director is an important part of the audition process. Don’t go overboard with this. Just remember that you can ask for guidance if you need it.