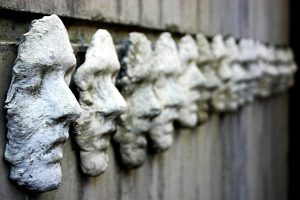 Your job as an actor is to serve the story, secondly to serve the director and his vision, and lastly to the character.

When is the time to be subjective or objective? Well, when you get a direction or a critique from a coach, agent, casting director, director etc. Subjectivity need not apply. What do I mean by this? What everyone is trying to do is tell the story for that ultimately is what acting is. If you become subjective and get a bruised ego by getting a direction or are told to stop and restart, you need to mature a bit. Mature as an actor that is. In the book “In rehearsal with Stanislavski” there is a chapter about an actor who, at the time, was very successful. He was invited to be a part of the play that Stanislavsky was directing with the Moscow Theatre Arts Company. He entered the scene and delivered one line and was asked to stop and restart. He did so, then he was asked again to stop and restart. Then yet again and again and again. I have to remind you that the actor was very successful — actually famous. He was holding up the entire company, just so he could get his entrance right. This went on for 4 hours. If we were to do this in one of our classes, we would have a mutiny…because of subjective acting. Stansilavsky set the bar for all others to strive for. He made it real, organic and human. He pioneered many concepts and ideas that still exist today. As a mature actor, as someone who can honestly take in comments, directions and evaluations, you are no longer subjective. The reason it took 4 hours is because the actor was not objective enough. Look at your film work and look at it objectively.  Look for the things you did right, look for the things that were not honest or where you pushed, forced or “phoned it in”. When you can do that, then you’re really starting to get good at this thing called acting.

Subjectivity belongs in the scene. It should be your viewpoint when you’re “in” the work. Objective is for afterwards. What is most common is the reverse. During your scene, focus on your personalizations, blocking and motivation and when it is all said and done, then become objective.