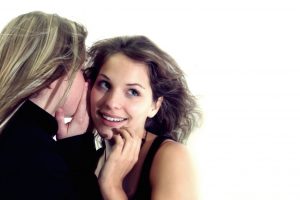 You have a secret? Have you ever told anyone? Does the idea of telling people something very private about yourself make you nervous? That deep down dark secret you’ve never told anyone? Can you think of one? How can you use this in your acting? Let me tell you! Often actors start a scene with nothing going on. Much like walking into the scene and running lines with their scene partner. That is somewhat dull to watch.  Learning the lines is not enough. You have to have a moment before. which has best been described as a thought, an action and a line. What most people forget to do is to have the thought. This were the secret comes in.

Look at your scene partner before you start your scene. Look them straight in the eye and don’t comment, gesture or signal the other person. Just look at them and connect to them. Once the connection is there, think of your secret. A very secret secret, the one you are most protective over. Think about telling the other actor, but don’t! This is your “thought” in the moment before. Now “the action” and then “the line”.

The train has to leave the station on the tracks. It has to! Otherwise the train never leaves the station. You have to start the scene with some emotional subtext. Something has to be going on behind the eyes, otherwise it’s dead, or worse, fake. So use your secret. Use it as a technique. I have heard of people using this in many different ways. One actress I know writes something on a note and puts it in her underwear. This is so that when she goes to audition she just has to think of that note and where it is…BAM!!! She has something going on. Nothing works like good acting!