And reasons why it’s going to be okay… 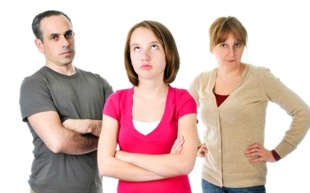 Not every parent wants to hear their child wants to be an actor. After all, for many parents, their dreams included visions of their child attending university or college to earn a degree in medicine, law, or business, etc.

However, what many parents do not realize is that, in choosing to study acting, their child will be developing intangible life skills they’ll utilize in any career they choose to pursue in the future, beyond acting.

Research shows that skills acquired through the performing arts – creativity, problem solving and flexible thinking, radically improves outcomes for our children. In fact for many, access to expression through the arts is essential to mental health and their way of being in the world.

Some are born with it, while others show no inkling of it. Many professional actors will tell you they used to be very shy, and how studying acting allowed them to become more self-confident. It takes courage to stand in front of a room full of strangers (or camera) and open up your emotional pallet. Eventually however, through practice, learning to trust, self-reflection and feedback, one begins to gain necessary confidence to do so.

Speaking clearly with proper volume, enunciation, pace, use of tone, timing and emphasis (even humour) is integral for any accomplished public speaker. To be successful, they need to deliver their presentation in a well-organized, smooth-flowing manner and connect with their audience by coming across as believable, whether selling a health care plan or their book. Actors develop these same speaking skills to connect with their audience through believable actions, reactions and emotions as well. Acting out a good cop/bad cop scene will seem quite useful when time comes to play the real-life role of a manager doing a performance review with an employee who is not measuring up.

Actors need to be able to share ideas and opinions on alternative ways to doing a scene, and feedback must be honest to be of any use. Learning to give feedback in a constructive way is a valued skill in any profession (especially for those in supervisory roles). Actors understand the importance of “being there” to support colleagues when they struggle, need encouragement if a performance did not go well or they did not get the part they wanted.  Whether on a stage, movie set, or in a work environment, things will not always go as smoothly as planned, and that’s when honest feedback, teamwork and pulling together comes into play.

Part of an actor’s training is studying the human condition, and through this they learn compassion and empathy for others. When preparing for a role, actors will often do in-depth research into their character to gain a stronger sense of any challenges or struggles that have shaped them into who they are now. This process allows an actor to fully “inhabit” their character and give as true a performance as possible.

Another big part of becoming an actor is studying human behaviour. Through training, an actor develops acute observational skills to identify subtle, often sub-conscious, non-verbal cues reflecting a person’s mood or emotional state. They pick up on unique mannerisms, expressions or body language a person uses and how they react when upset, impatient, being deceitful, nervous, attracted to someone etc. Just as important, they become more aware of their own body language and what signals they are giving off to others.

Very few professions demand the level of resiliency and “thick skin” one needs to become an actor. Giving your very best at an audition, only to be told you did not get the role, builds a level of determination like no other; tenacity outweighs any fear. And it is not just determination and tenacity they will develop, since all actors will invariably learn lessons in humility after receiving harsh feedback or a bad review. In order to be successful, they will need a willingness to be open to critique, self-analysis skills to objectively weigh it, and a positive attitude to use it constructively in order to grow as an actor. Determination, humility, ability to take critique well, self-analysis skills to perform better; what employer wouldn’t be interested in acquiring someone with these attributes? 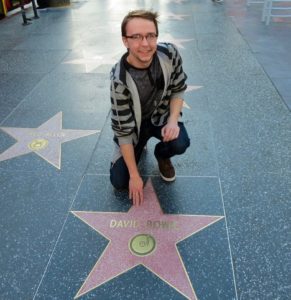 Acting is the “adult sandbox” and just as when a child is having a tea party with their favourite teddy bear or running around the neighbourhood playing cops and robbers, they are playing in the world of make-believe. Whether on stage or a movie set, actors use their creativity to make scenes come to life and, when done well, the viewer is immersed in the world and story the actors have created, leaving them believing the actors really are who they are portraying.

Actors use many exercises to commonly ignite their creativity. Improv is one such exercise that develops an actor’s ability to be present, creatively think “outside the box” and act on impulse. Some of the greatest lines in movies were not actually in the script, but were instead an actor’s own creative input to the scene. When doing Improv, participants are presented with information or a scenario and challenged to quickly come up with creative ideas and act out the scene, situation or problem. Employers too will often utilize improv in team building exercises to generate ideas, encourage creative thinking, giving input and promoting teamwork. So, if you are good at improv, you are probably good at solving problems, and that will catch an employer’s eye.

And finally, the sobering reality is that less than half of University and College graduates will have a career in their major area of study…

Rather it is the intangible soft skills they acquire during school that will appeal most to employers; relationship-building, communication, problem solving skills, analytical and leadership abilities – all of these are attributes developed and reinforced through studies in the arts, humanities and social sciences.

“All the world’s a stage”