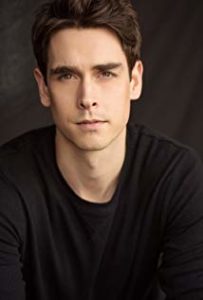 Madison Smith (aka Mado) is a Canadian born actor raised in Northern BC. He completed our Dramatic Arts Program Diploma in 2011 and has an interesting story of how he landed his first gig.

A friend told him Lifetime was looking for actors who looked similar to The Flash’s Grant Gustin, so he sent a headshot and got a reply back almost immediately saying the part had been cast. However, about 30 minutes later, he received another email stating he looked closer to what they were looking for and was asked to put a scene on tape. He taped the scene, sent it in and booked his first role by the end of the day. Now THAT’S showing initiative!

Madison gravitates mostly toward comedic roles. He is known for roles in TV series such as “Psych” , “Supernatural” , “When Calls the Heart” and “Aftermath”.

Here are some of Madison’s credits. For a complete list go to Madison Smith’s IMDB page.

2013 Restless Virgins, Chupacabra vs. the Alamo

Check out some of Madison’s work: Demo Reel