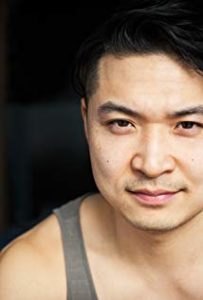 Howie Lai was born in Harbin, China and moved to Canada when he was barely a year old. His parents emphasized an importance in the arts, so Howie began his journey into performing at a young age. After graduating with a degree in political science, he dove deeply into the love he had for acting and the lessons of Shakespeare, voice and story that surrounded his childhood.

He graduated our Dramatic Arts Program Diploma in 2010 and began working on stage and in front of the camera, racking up some impressive credits. He also fulfilled opportunities to study in New York City, alongside renowned teacher, Patsy Rotenburg.

Here are some of Howie’s credits. For a complete list go to his IMDB page.

2017 Beyond, The Arrangement, Travelers

2015 The Whispers, Fear the Walking Dead

Check out some of Howie’s work: Demo Reel