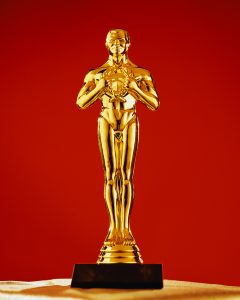 In Highschool, I would often think about how to become an actor.  I used to practice my monologues at home. I would sit on the end of my bed and practice. I would think about what my career would be like.

Now some 20+ years later, what I had dreamed of is not what my acting career looks like. In some areas it’s better than I imagined and in others, not so. What is success? How do you measure that? And who does the measuring? Success is a just a word. It is vague and general and doesn’t provide any real insight into its implied meaning.

I took a diving lesson in Mexico over a Christmas holiday one year. It was a lot of fun and I enjoyed it very much. The following day, we went diving in the bay of Puerto Vallarta. The dive was amazing! The reason I bring this up is because the diving instructor was basically teaching tourists how to dive and in some circles he may be seen as successful. Is this what he dreamed of while he lay in his bed at night — teaching tourists how to dive? Likely not. He probably dreamed of being an ocean explorer discovering old wrecks, finding the lost city of Atlantis and stumbling upon a pirate’s gold chest. Yet he teaches tourists diving and he seemed happy with it.

In acting, you have to set yourself up to win. That means finding yourself some sort of job that permits you to go to auditions, rehearsals and classes. Oh and pay your bills. If working at the local bank is your idea of this, I don’t think it is going to be successful. There’s that word again! A common job is bartending or waiting tables. It’s good money and it’s flexible. You may also come across other actors and artists who are on the same “how to become an actor” journey. Another angle to look at is as a contractor. This is one of the best ones out there and so commonly overlooked. We know actors who have their own painting, landscaping, real estate and computer businesses. It gives them the opportunity to take time off from work and do all the things they need to do to support themselves in acting.

Success in acting is very personal and elusive. To be honest, we don’t know anyone who is satisfied with their current condition in acting…which is good. Acting is an insatiable thing. You always want more. Even when you have done a long run of a show, you’ll take a break and want to get back at it. That is if you are a junkie like us. You’ll almost always want to take it to the next level. The next show, the next movie, the next series, etc.

What does acting success really look like? I am not sure. It’s something you really do discover as you go along. We recently had the privilege of hosting Michael Moriarty as a guest speaker whereupon he shared insight on how to become an actor, but coined it more appropriately, how to remain an actor.  This was the key for him.  Once it’s all said and done and you are old and grey, you can tell your grandchildren…acting is this…