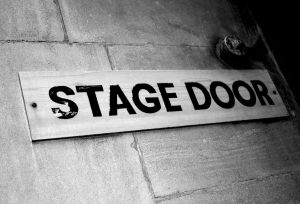 Vancouver Academy of Dramatic Arts VADA is the best acting school in Canada. That is the word on the street. Casting Directors, Talent Agents, Directors and Producers agree that VADA is the top acting studio around. I have been in show business for over 25 years and I have seen them all come and go. I know that this place is one of the best kept secrets on the planet. I have toured all over North America and Europe and I have seen a lot of the so-called “top acting schools”.

What I like best about these acting schools is they have a no-nonsense approach that gives you real tools to really get working in show business. This is what I have learned. Most actors I have come across don’t have technique to breaking down a scene. Most just learn the lines and wing it. I think that is just plain silly. Stanislavski created an approach that I feel really works. But Stella Adler took that to the next level as did Lee Strasberg. They stood on the shoulders of Stanislavski and pushed it to the limits to where someone else carried the torch. Perhaps Warren Robertson and William Esper stood on the shoulders of giants and took this technique to higher planes yet. And Ivanna Chubbuck and Larry Moss have taken it even further.

I really feel that learning a method, an approach, is a great workable solution to actings problems. That is why The Method is one of the most influencial aspects to acting. It is the basis of every University acting program out there. It is taught everywhere, but for the most part, from what I have seen, incorrectly. There have been so many mis-understandings about it. It can be convoluted and made out to be some weird esoteric ritual that you get after twenty years. VADA does not do that, they give you the straight goods.

We use a variety of methods and techniques to get you fully invested in your acting. We use elements of Alexander, Moss, Stanislavski, Adler, Chubbuck, Fine, Hagen, Robertson, Strasberg, Spolin, Meisner, Laban, Morris, Barr and many more of the great acting coaches. The reason we use all of these different methods and approaches is that you the actor have to learn what works for you. We have coupled this approach and modified it so that it can translate to the camera. Whether you are doing commercials, theatre, feature films, TV or stand-up comedy, these principles apply. Additionally, all of our coaches are working professionals within the industry.

I started this studio in 1999 and we have had thousands of actors come into our studio and get busy brushing up on their craft. I extend an invitation to you. Come and see why we have been such a stable environment in the Vancouver scene.