Becoming an Actor is Not Just a Dream

For many, the idea of becoming an actor may seem like something beyond reach; an unachievable dream or fantastical idea that could never come true, except maybe in the movies. While for many that may be true, especially if they don’t live anywhere near a production centre, but for those living in and around BC, becoming an actor has become an opportunity based in reality, and that reality is what we see taking place all around us every day in Vancouver.

Residents of BC, especially those in the lower mainland and suburbs of Vancouver, have grown accustomed to living in a production hub. Seeing armies of white trucks full of equipment, dressing room trailers and caterers lining the streets of downtown or our local neighbourhood has become commonplace. It used to be that finding a “Notice of Filming” taped to one’s west-end apartment block entrance door was cause for excitement, but these days however residents hardly bat an eye. Most are just concerned about where they’ll park that day. 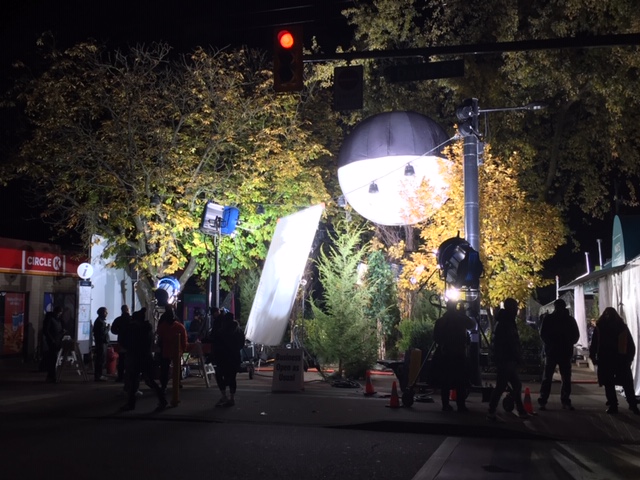 And while the COVID-19 pandemic put a damper on employment, personal spending and the profits of small businesses, many will be surprised to learn that revenues from direct spending in BC film & production industry actually grew during 2021 to $4.8 billion. This represents a 40% increase (or $1.4 billion) more than the direct-pandemic hit year of 2020, when BC recorded $3.4 billion, and a 30% increase ($700 million) more than the $4.1 billion seen in 2019. What this reflects is an industry that appears to be bulletproof against economic downturns.

With so many companies coming here to shoot productions, BC has become a virtual rainforest Tinseltown (minus the tinsel). One need only browse the schedule of productions to see the reality of what is occurring on the ground here. Productions are already lined up one after another for 2022/23. The really good news is there is every indication that it’s going to get even busier.

Vancouver’s Bridge Studios just announced plans to expand their present studio facilities by adding another 42 new soundstages (for a total of 55) over the next 4 years (end of 2026). The new stages are being built with an aim to satisfy rising demand by Hollywood studios and streaming services for stages in Canada as competition among streaming services rises due to subscriber demand.

Cinelease is in the House

Another economic indicator of good things to come is seeing major Hollywood film equipment supplier, Cinelease choosing to open a location in Burnaby. Cinelease is a leading U.S. supplier of lighting and grip equipment and studio space, so them choosing Burnaby to set up shop tells us that they have read the tea leaves and are anticipating a production boom in BC and Canada as a whole in the coming years.

And lastly, a huge trend we have seen over the past year has been the increased emphasis on diversity and inclusion. Shows like Netflix’s “Crazy Rich Asians”, “Bling Empire” as well as Oscar-winning shows like “Pachinko” and “Parasite” have enjoyed massive success and reflect a desire by audiences to see a broader range of cultures and stories represented in Hollywood. There is demand for more ethnicity and BIPOC actors in productions, and when there is demand, production companies listen. We have already seen the impact of this trend with local talent agencies, where agents have been fawning over themselves to add more diversity to their rosters, and let’s face it, it’s been a long time coming.

Over the next few years, pent-up demand for productions will see an increase in opportunities for production staff and camera-trained actors in BC from all backgrounds, genders and ages, the result of which will be profits from productions going north, Hollywood North to be exact.