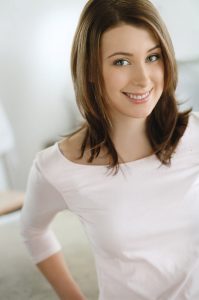 I attended a private school for 10 years. My parents worked three jobs between the two of them for most of my childhood to put me through school in the hopes that I would get into a good university (which I did), and get a degree in business (which I didn’t). Instead, while my peers were filling out applications to Pepperdine and Columbia, I was reading plays, and watching movies, and participating in amateur productions of my favorite musicals. And I was having the time of my life. So when it came time for me to consider my post-secondary options, I didn’t think twice about my choice to study acting.

I think it was my theatre teacher who directed my attention to The Vancouver Academy of Dramatic Arts. I don’t know how he found out about the school, but I am grateful that he had, and that I had spoken up about my desire to continue to act after high school. My parents agreed that I could go to VADA on the condition that I still put in a legitimate effort to get into university as a “back up”.
I always hated that term, “back up”. My friends that were going to school to become doctors didn’t have “back ups”. They wanted to be doctors, and that’s what they were going to study, and that’s what they would become. I wanted to be an actor, and acting is what I would study, and therefore, I would become an actor. Simple enough, right? Well, stay tuned…

I made my application for VADA (and an application for The University of British Columbia to keep up my end of the bargain with my parents), and awaited the inevitable phone interview with Simon Longmore. The phone interview came and went, and I was so nervous during the call that afterwards I couldn’t even remember what we had talked about. So I waited some more and hoped that I hadn’t made an ass of myself, and after what felt like an eternity, I found out I had been accepted into their upcoming September 2009 program.

I had no idea what I was getting myself into, really. I didn’t know a thing about acting. And on the first day of class, I found myself sitting in a room on Water Street, surrounded by twenty strangers to be split into two groups, who would also soon realize, if they weren’t already aware, that they either knew nothing about acting, or that they had a hell of a lot more to learn.
And we did learn. We laughed, we cried, we whined. We got into trouble. Some people joined late, some people chose to leave the party early. Our teachers were constantly challenging us, and eventually we became comfortable enough to challenge one another. Most importantly, we were having fun. We became quite the little family over the duration of six months, and before we knew it, Simon and Daniel were bringing agents in to the school in the hopes that some of us might get picked up.

The meeting with the agents was hands-down the most valuable experience I had at VADA. It was interesting to hear what agents look for in a future prospect, what to do, and what not to do, what an agent actually does for their client. They were friendly, honest and happy to answer any and all of our questions. Had it not been for the agent seminar, I would not have met my first agent, Matt.

Matt was a great person to have on my side. He had my best interests at heart, he fought to get me into as many rooms as possible when I was starting out. I auditioned all summer and booked nothing.
In December 2010 I booked my first role in an indie feature. I flew out to Ontario to film the week before Christmas. Being on my first film set was the most surreal experience of my life.

Upon my return, I continued to audition. Every week I would audition, and every week I would hear nothing back. To say that I got down on myself would be inaccurate. But I was getting bored, and I was starting to think that maybe going back to school wouldn’t be such a bad idea. And then one day, like a sign, Matt called to tell me he was leaving the agency. That was the tipping point for me, and I half-heartedly recommenced my university education, all the while longing to get back in the room.

It took me roughly four years of being the most indecisive human alive to get to the place that I actually wanted to be (hilariously, sitting in the office at VADA writing this). None of the teachers at VADA will tell you what you should do with your life (no matter how much you badger them). Ultimately, it is up to you to decide where you want to go and what you need to do in order to get there. However, if what you decide to do at the end of the day, or at the end of four years, is to be an actor, rest assured that the teachers and staff at VADA will have set you up for success.