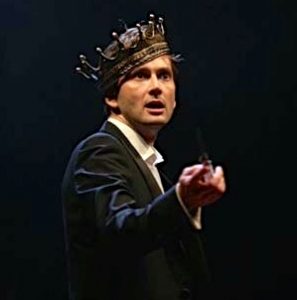 I recently had a meeting with a young actor who just moved out from the prairies. The kid was greener than the corn fields of Manitoba, and he had a lot of questions. I did my best to answer them. Then he asked me  “What’s the trick to succeeding as an actor?” It was a good question, so I gave it some thought and came up with the perfect answer:  “The key to acting is to be ready for an opportunity that may never come.”  The kid didn’t get it, but what do you expect? He’s from the flat lands, the place where you see your dog run away for three days.

Acting opportunities come and go in this business, and they can show up when you least expect it. That’s why you need to be prepared. What the old adage? Luck is best defined as when preparation meets opportunity.  You have to be the best actor you can be so you can take advantage of unexpected chances.  This sounds like common sense, but sadly, most actors end up mired in the wrong parts of the business.   They spend their time searching for the right headshot, signing up for workshops, trying to network with agents, and anything else that might birth an opportunity. That’s all good, but if you want to succeed, you need to have balance.   My first suggestion is that you have to enrich your life with something.  Go out and live a little, the business will be here when you get back.  Travel, take a cooking class, study martial arts, take up painting, guitar, volunteer do something.  You must do something that you get some sort of inspiration from.  Find what inspires you as a person.  Once you do this, it will enrich your work as an actor.  A performance is only as rich as the amount of research done.  If your life is rich with life’s experiences then that will translate to your acting. Second, working on your craft.  I know you have heard this a million times. And why is that?  Because it is true!  Get in class. There is no substitute for studying with the right teacher. Even experienced actors flex their muscles in class because they know that’s the best way to stay focused.

You’ll also learn a ton by watching the other students. That’s why you never want be the best actor in your class. It makes more sense to surround yourself with performers who challenge and inspire you.  Its also good to be constantly exposed to scripts and screen plays.  Wether you are reading a script, or watching it being worked on in class.  Its a great way to learn about acting even though its a passive learning style.

Third, if you want to be a great actor, you have to act! It’s really that simple. Granted, you can’t book a challenging guest-star role every week, but that doesn’t mean you can’t find ways to do your own thing.  Back in the day, before the digital revolution, people took out loans to finance their student films. But now we live in a world where anyone can afford to create their own short or Web series. You can even shoot an entire movie on your phone!  Putting up a live performance is cheap too. All you need is a team of like-minded actors who will share the expense and workload.  I have clients who organize weekly script readings. Others ask me to provide them with sides so they can practice their audition skills. I’m sure you can come up with even more ideas.

Lastly, if you want to improve as an actor, you have to watch good acting. There are many ways to do this without spending too much money.  Cable television and Netflix is experiencing a golden age that’s forcing the networks to raise their game. So watch those shows in an active manner. Study the performances.   Watch it the first time as a viewer, the second time with no sound.  You will really notice that watching the show with no sound really makes you watch the acting, shots and editing.  Who knows? One day, you might be working with some of those people.