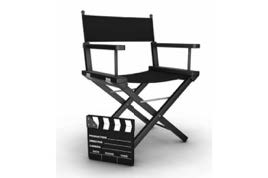 Preliminary decisions as to who may/may not be suitable will be based upon headshots, demo reels, resumes. Candidates who make the “short list” will be invited and scheduled to audition for the role (through their agent). In most cases, Directors, Producers (or corporate clients) will usually make any final decisions.

While many things have changed over the years when it comes to casting (technology has certainly had a major impact), there are some do’s and don’ts that still hold true, and aspiring actors need to be aware of these for their best chance at success.

Upon receiving the joyous news of being invited to audition from your agent, after excitedly jumping up and down on the couch, it’s time to get to work. Go through the breakdown provided by your agent to learn a) who is doing the casting b) which studio/ network the project is for c) your character’s description. Check out previous clips of the production on “You Tube” (if available) to help in making choices for your character. You want to avoid having to ask for clarification about your character or scene at the audition, since this will only reflect a lack of preparation on your part.

Upon arriving on time (not before or after) you will be asked to submit your headshot (one only, not multiple) and resume. Be sure your contact and agent details are written on both (just in case they get separated). Audition check-in tables are very busy places (so don’t bug them for a pen or stapler) with a lot of documents flying around. Also, even though you may have submitted your headshot and resume by email prior to the audition, bring them with you anyway, just in case they didn’t get it or can’t find it.

First impressions are everything and, more often than not, audition rooms are full of a lot of people in a small amount of space with poor air conditioning. Be sure to shower before you arrive, wear deodorant, and refrain from wearing perfume or colognes that will linger. You want to be remembered for your acting, not the scent you leave behind.

Rehearsing Your Scene at the Audition

Be considerate of other actors who are concentrating on their lines to make sure you are not being a distraction by speaking loudly. This is viewed as very inconsiderate and rude, especially if auditions are being conducted in the next room. Nobody wants to hear you as well as the actor who is auditioning.

Avoid Use of Props

You want the focus to be on your acting, not props you brought along (so please…leave the steering wheel at home). While a cell phone is fine, avoid eating food, and if your scene involves a weapon (gun/knife), do not bring a fake (or real) one. Using hand gestures in place of any food or weapons will absolutely suffice and won’t freak anyone out or cause an accidental (or fatal) injury.

On the day of your audition you may not be feeling 100%. Maybe you didn’t sleep well, woke up with a headache or arrived late due to traffic. While these are all unfortunate realities of life, please do not mention, complain or apologize about any of them before your performance. Nobody wants to hear excuses as to why they are about to see a crappy performance. This will start your audition off on the totally wrong foot.

Even if you don’t get the role, the Casting Director may have liked you, and will remember you for future projects. However, if you cop an attitude, attempt to be flirtatious, or act like the world owes you something, your career will be very short. While it’s okay to compliment the material or character, don’t gush endlessly. Be pleasant and respectful at all times because you never know who’ll be sitting on the other side of the table making decisions. If you displayed a bad attitude, or lost it at a previous audition, people remember that as opposed to your acting.

Audition Room Does NOT equal Classroom

Auditioning is a chance to show the Casting Director you have prepared well, made strong choices and are able to embody the role and make the words your own. It is not a memory test, so if you need to hold your lines, then do so (but bonus points for coming in “off book”). It is also not a time to seek permission, guidance, instruction or coaching. You may receive notes or adjustments on your performance to try it another way. If so, be sure to thank them for any suggestions and apply them. Realize that any notes given are unsolicited advice offered at the sole discretion of the Casting Director because a) they want to see how well you take direction or b) didn’t like they way you just did it. Stopping and starting over at your own discretion is also heavily frowned upon.

If you find you are simply unable to make an audition due to illness or time conflict, don’t just show up sick, late or not at all. No Casting Director likes to be kept waiting or in a room with someone obviously ill; sniffling, sneezing and constantly wiping their nose. If you need to cancel or reschedule, do not call the audition people directly yourself. Call your agent to let them know and they will see if they can get you rescheduled for an earlier or later date/time. Casting Directors will sometimes allow you to send a self-tape, but that will be up to them to decide, not you.