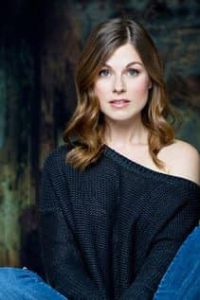 Meghan completed our Dramatic Arts Program Diploma in 2003, after which she quickly climbed the ladder of success. She actually started her acting career years before attending VADA, when she appeared as a stand in on a popular children’s series. Now Meghan has over 30 film and TV credits under her belt and has worked with comedy greats such as Eugene Levy, Colin Mochrie, Paul Reiser and Martin Short. She played a pivotal role in Atom Egoyan’s film “Chloe”, starring Liam Neeson and Julianne Moore, and appeared alongside Daniel Radcliffe and Zoe Kazan in the romantic comedy “The F Word” .

Here are some of Meghan’s credits. For a complete list go to Meghan Heffern’s IMDB page.

2012 Degrassi: The Next Generation, Saving Hope, The L.A. Complex

2016 Journey Back to Christmas, Best-Selling Murder