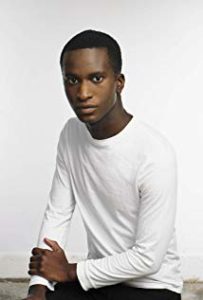 Alex graduated our Dramatic Arts Program Diploma in March 2012. He successfully auditioned and earned a spot in the school’s Showcase event, winning First Place with his monologue and Third Place with his scene. His performance left a lasting impression on the many talent agents in the crowd, and afterwards he was quickly signed by Carrie Wheeler Management.

Soon after signing he booked his first role, a commercial for Verizon Wireless, this was closely followed by a great role on “Rogue” and a role in the feature film “Grave Encounters 2”. HIs work on Grave Encounters 2 gave him the chance to work with fellow VADA grads and classmates, Justyn Shippelt and Howie Lai, all within months after graduation.

Alex has been extremely busy since that time booking recurring roles in “The Returned“ and is featured in “Truth & Lies“. He has booked semirecurring roles in TV Series such as, “Once Upon a Time”. “Almost Human”, “Continuum”, “The Flash”, “iZombie” , “DC’s Legends of Tomorrow” and “Travellers”.

Here are some of Alex’s credits. For a complete list go to his IMDB page.

2013 Once Upon a Time, Almost Human, Continuum

Check out some of Alex’s work: Demo Reel