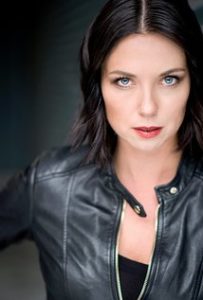 Dominika is a multi-talented, trilingual (English, French, Polish) actress. She came to VADA after completing a Law Degree at Laval University and completed our Dramatic Arts Program Diploma. Soon after graduating she was booking roles on TV series “Hit Man 101” and “Alcatraz”. Dominika’s next chance was a role on the movie “Last Chance Casting” with her big break coming when she landed a role on “Elysium,” starring Matt Damon and Jodie Foster (and former Vada instructor Josh Blacker). Her most recent roles have been on the popular TV series “DC’s Legends of Tomorrow” and the movie “Twist of Fate”. She has also done a number of corporate commercials for Rocky Mountaineer, Labatt’s Blue and Telus.

Dominika is very athletic and this has lead her to work in the stunt side of the business as well. So far she has worked as a stunt woman on “Supernatural” and “The 100.”

Here are some of Dominika’s credits. For a complete list visit her IMDb page.