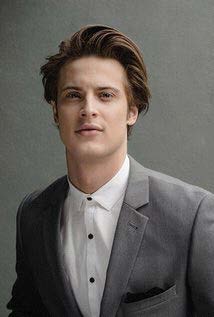 If you are a fan of the Hallmark Channel and their hit series When Calls the Heart, you probably recognize Aren Buccholz, who plays the character Jesse Flynn. Aren, a charismatic and accomplished young actor, completed VADA’s Dramatic Arts Program Diploma after playing ice hockey for a number of years. After considering his love for both the sport and performing, he decided to take the plunge and pursue his love of acting to see where it took him. And we are so glad he did! It is truly an honour to consider Aren Buchholz as one of our very talented alumni, and we hope that you enjoy learning a little more about him in this article.

Why don’t we start by taking a peek at Aren’s childhood. Aren was born in Saskatchewan, one of our picturesque prairie provinces, and he says that he’s particularly proud of the eclectic focuses he nurtured as a child. Academics, athletics, and the arts were all important to him, equally even, and he says that this is something he credits as part of his success.

Aren’s passion for acting first started when he was cast as the lead role of Ebenezer Scrooge in his elementary school’s version of the classic Charles Dickens tale, A Christmas Carol. This love for the stage only grew stronger throughout Aren’s time in high school — to the point where he even won a prestigious University of Regina award in 9th grade! It was clear early on that Aren had both the talent and the drive to achieve great things in the entertainment industry, and that was only the beginning.

Aren was cast in his first professional role in the year 2008 when he was cast as a guest star with a recurring appearance in Space’s Rabbit Fall. After that, Aren appeared in popular shows like Supernatural, as well as Lost Girl, Mr. Young, The Good Doctor, and When Calls the Heart, one of his most recent accomplishments.

For those of you who want more Aren, you can also see him in a supporting lead role in the film Way of the Wicked, along with Christian Slater, as well as other movies like Summer of 84, Cheat, When the Ocean Met the Sky, and If I Had Wings.

Aren has accomplished a lot in a short time, and we know he is going to have many, many more successes to come! We hope you enjoy watching him continue along his journey as an actor just as much as we will!

Do you think you have what it takes to be an actor? Do you dream of achieving fantastic things like Aren Buchholz has? Don’t by shy — check out our website at https://vadastudios.com/ for more information about what kinds of classes you might be interested in, as well as when you can stop by for an information session. We would love to help you reach your acting goals so that we can follow your amazing career!